Energy company Helen asked interest groups what was most important about responsibility work. More than 1000 people replied and prioritised.

Energy company Helen asked interest groups what was most important about responsibility work. More than 1000 people replied and prioritised. The results provided further affirmation to Helen’s responsible team regarding the development measures, as well as clear views on what should be done differently. Inspired by the results, Helen will try to involve more interest groups in developing its operations in the future.

Helen should shift from using fossil fuels to using renewable fuels, especially the sun and wind. Helen’s interest groups are almost unanimous in this view.

Helen (previously Helsingin Energia) believes in developing its operations together with the interest groups. The civil dialogue implemented in November 2014 regarding responsible energy production is a part of this joint development. The aim was to hear the interest groups’ views on what is most important about Helen’s responsibility work.

There were more than 1000 entries in the civil dialogue, and 200 pages of different suggestions were compiled. Helen took the opinions seriously. Helen processed the results externally and internally in different forums and workshops, and took forward the ideas obtained from the virtual brainstorming. The views of the interest groups served as background material and as a source for new ideas.

The results provided guidelines that the interest groups hope Helen will address in the short and long term in order to develop responsibility.

The interest groups believe that that the most important factor in advancing responsibility is moving from fossil fuels to renewable fuels, especially the sun and wind.

The participants also considered energy efficiency and advancing energy savings as important issues. The new services related to energy efficiency provided plenty of new ideas, and people hoped that the existing good practices would continue, such as cooperation with schools.

The interest groups also believe in Helen’s possibilities to operate as a pioneer in the change in energy production. This throws the challenge to Helen – whether it is capable of the bold acts that the interest groups hope for and communicating more openly about its activities. 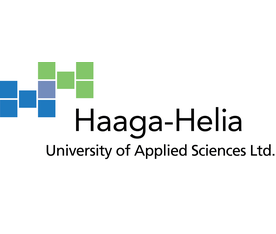 Haaga-Helia UAS prepared their strategy with the whole community