Helsingin Sanomat Town Hall: The reduction of regulation is essential

Helsingin Sanomat, Finland's largest newspaper, organized a virtual town hall in early summer of 2014, by inviting readers to generate ideas on how to make Finland a better country.

Helsingin Sanomat, Finland’s largest newspaper, organized a virtual town hall in early summer of 2014, by inviting readers to generate ideas on how to make Finland a better country.

The Town Hall survey, done by using Fountain Park’s Virtual Brainstorming, was used as groundwork for Finland’s 100 year independence celebration in 2017. The most important theme to come out of the Brainstorming was the need to reduce the government patronization and excessive regulation of its citizens. The hottest topic was taxation, which rose up over 1000 times in the study. The participants of the Town Hall also had a lot to say about education, issues relating to work, equality, individual responsibility, entrepreneurship and democracy.

Lacking from the suggestions were the citizens’ demands to authorities for better implementation of laws, the dissolving of the current administration, eradication of corruption or a need to curtain use of force by the police. No great human rights issues were raised, except for the right to same sex marriage.

Finland, on the eve of her 100 years celebration, enjoys freedom of speech and expression, and the principles of democracy are in pretty good working order.

An even more direct avenue of impact that the citizen demand, is already possible by the system of citizens’ initiative. The suggestions also tell a tale of how Finland has evolved in her hundred year existence. Today’s reality is very different from what it was a hundred years ago. Back then the status of the elderly and those with afflictions was terrible, if they were not being taken care of by their kinfolk. Step by step society has taken responsibility of its weakest members. It nurses the sick, feeds and educates the children, and pays allowance to those whose means are not enough for a reasonable quality of life.

There were 6884 suggestions given on how to make Finland better, and these suggestions were compartmentalized by how important they were deemed to be by the participants, who were allowed to also comment on suggestions made by others. 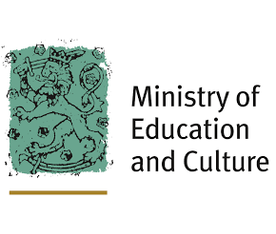