The ideal YLE is versatile and analytical

According to Finns, the most important thing about Yle national broadcasting company is versatility, a high-quality and analytical and critical approach to issues, documentaries and ad-free programmes.

According to Finns, the most important thing about Yle national broadcasting company is versatility, a high-quality and analytical and critical approach to issues, documentaries and ad-free programmes. The virtual brainstroming was an essential tool for condensing the most meaningful factors.

Yle implemented a civil dialogue about Yle’s mission in the spring 2012. The aim was to define Yle’s social role by listening to the citizens. The content of the discussion were made a part of Yle’s strategy work.

There were approximately 8000 Finns who participated in the civil discussion online during the three weeks. In addition to the virtual brainstorming, reflection on the “Ideal Yle” also actively took place elsewhere. There were direct contacts with Yleisradio by phone, online and by mail. Yle’s programme feedback mentions later as well that “when you are helping to build the Ideal Yle,…” All the letters and e-mail messages that came to Yle were taken into consideration. There was also a possibility to participate face-to-face.

The discussion was polyphonic and constructive – the comments being weighed clearly represented the majority. People’s suggestions were mostly related to Yle’s programmes and services: technology or financing were not discussed much. The most significant four themes were versatility, Yle’s high-quality, analytical and critical approach to issues, documentaries and ad-free supply.

Versatility was seen as something offered by fact-based, reliable, educational and didactic programme supply. People also felt that Yle should be an institution that can and dares to create new and bring up issues for joint discussion. There were wishes to have more fact-based programmes at the expense of other content, expanding the topical and versatile nature of the supply. The significance of ad-free supply is connected with Yle’s task, seen as important, as an independent actor, separate from commercial and political interests.

Also profiling based on age was seen as something to be changed, and people wished for it to be removed. They also wished for improvement in the administrative model and transparency of political connections. Subject matter, topical themes and focus on social issues were seen as things to be maintained. The results were used in Yle’s strategy work and customer segmenting. 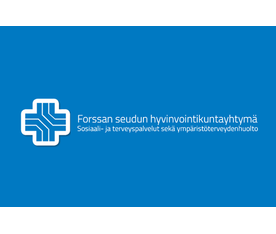