“We would not have been able to reach such a wide range of participants through physical workshops. It was very positive that we did not have to limit the number of participants in the online dialogue, but everyone who was willing was allowed to participate. The diverse views we received provided a good basis for supporting regional projects."

The SOTE Center of the Future is a key program of Sanna Marin’s government, where the development of SOTE (social and welfare) services will begin as part of the SOTE Reform. Following the distribution of state subsidies in June, the development project has been launched in each region in Finland.

In order to support project work in the regions, it was desired that stakeholder cooperation would be initiated nationally through co-creation. It is important that in each region, certain themes can be deepened and taken forward, taking into account the individual needs of the region. To support this work, the Ministry of Social Affairs and Health began co-creating and discussing the topics.

“Our original idea was to hold five workshop days, but because of the pandemic, we had to give up on the idea. We set out to consider options to get a large number of people from all over the country to participate in the stakeholder work. We saw Fountain Park’s online tool as a good solution to our challenge, and we set off with it, ”says Kirsi Paasovaara, a specialist in the Ministry of Social Affairs and Health.

The importance of interaction is emphasized in exceptional times

Despite the canceled workshop days, the importance of interaction was emphasized, although participation in development work was organized online.

“We chose Fountain Park’s tool for our online work, especially because it was possible for participants to assess the answers given by other participants on the platform. Participants were thus able to influence more broadly and take a stand on the ideas of others. We considered such an element of interaction to be very important, as we did not want the participants to answer a mere survey,” Paasovaara sums up.

The SOTE Center is created through cooperation

In the end, more than 1,000 participants from all over Finland were involved in the online dialogue. The participants considered e.g. what makes the best possible SOTE center, and how participants ’own stakeholders could contribute to the desired goals.

“It was important that the participants were able to go through the goals of the future SOTE center, and in general, what the SOTE center of the future is. The responses provided reinforced our perceptions and thoughts we had already recorded in the program in the past. It was nice to note that people from different stakeholders had similar ideas. We also got new perspectives from the participants that we had not come to think of, ”Paasovaara reflects.

The Ministry of Social Affairs and Health was particularly pleased that such a large number of participants were involved in online work. There were participants e.g. companies, social organizations, municipalities, and associations of municipalities.

“We would not have been able to reach such a wide range of participants through physical workshops. It was very positive that we did not have to limit the number of participants in the online work, but everyone who was willing was allowed to participate. The diverse views we received provided a good basis for supporting regional projects. There is no need to do the same work in the regions from the beginning, as the results of the online work serve as a good basis for building the next steps, ”says Paasovaara. 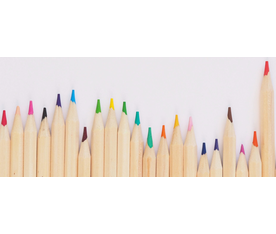 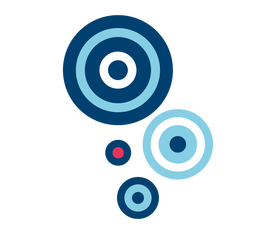 European Chemicals Agency reviewed its future with an online dialogue